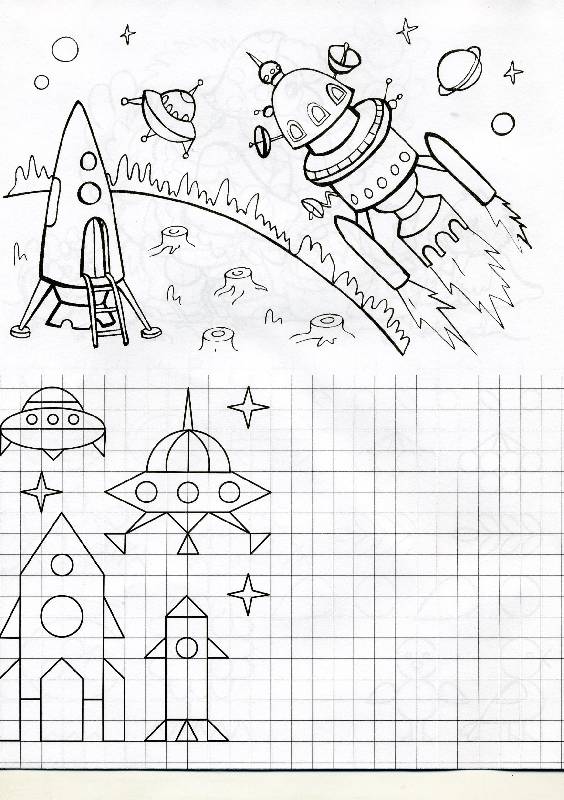 Generally with the ablility to write kids loosing the ability to draw.

Probably it happend beacouse we are giving to them the tasks like this one.