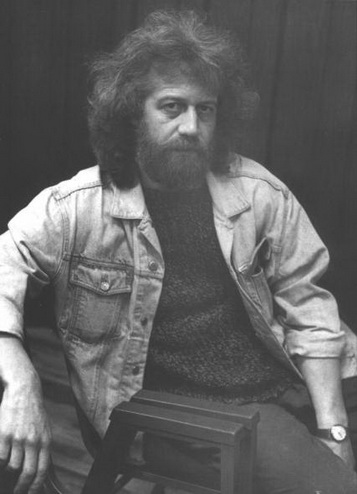 Vladimir Gandelsman is well known to serious readers of contemporary Russian literature and poetry. As a dissident under the Soviet regime, his published output was largely limited to underground samizdat material circulated in secret, but the collapse of the USSR brought him the larger recognition he deserved. In 1992, eminent Russian poet Josef Brodsky’s high praise for Gandelsman led to a US publishing contract. Since that time, Gandelsman has published nine books in the United States and Russia.
Recent publications include Reverse Boat (St. Petersburg: XXI vek, 2005), Highschool Waltz (St.Petersburg: Pushkinskii Fond, 2004), and the anthologies Crossing Centuries: The New Generation of Russian Poetry (Talisman, 2000) and Modern Poetry in Translation, Looking Eastward #21 (London: King’s College, 2003). His poetry has been published in many Russian and American magazines, most recently in the New Republic. Gandelsman has taught by invitation at several American institutions, including Vassar College as a Language Fellow in 1990, and Indiana University, where he also directed a student theater workshop.

Kurly-Murly Ltd. is very proud to work with an author of such talent and esteem. Although Mr. Gandelsman has never considered himself a children’s poet, we recognize in his translations of the poetry of Dr. Seuss a deep and elaborate sense of the free play of associations and word meanings that usually only children are able to permit to themselves. But Gandelsman is not producing a simplified “poetry for children”. Like Dr. Seuss, Gandelsman weaves the text with numerous layers and threads of connotation and reference, much of it playfully subversive, incisive, and surprising. We are most excited about Gandelsman’s revelatory elaboration of a profound resonance between Seuss’s texts and native Russian literature—for instance, Gandelsman has the Cat refer to Sally’s unnamed brother as “Oh, drojayshiy!”, a clear reference to the famous Soviet book Starik Hotabych (Old Man Hotabych).
Yet this sort of play is not a distraction or deviation from the complete essence and rich nuance of Seuss’s text—rather, it accomplishes what is so often lacking in translation: a true rendition of the idiom and cultural sense of the original text into the living and breathing materials of the target language and culture. Gandelsman’s translations of Seuss are full of slogans, catchphrases, and wry plays on words that we believe will be as striking and memorable for Russian readers as Seuss’s originals have been for English readers. We dare to suggest that Gandelsman may succeed in bringing Seuss into Russian to an extent that few translators are ever able to accomplish, with any sort of text.

← Bibliography
Fun with Dick and Jane →